Mr.Rahimi, Deputy Minister of Administration at MoFspoke about the new policy at MoF that all recruitments will be made through a competition process, gradually taking into account full transparency, speed, and quality in various mechanisms. He pointed out to the first step where 5 first grades, 19 second grades, and around 250 third, fourth and fifth grades will be announced; the process will begin with announcing for thefirst and second grades next week.

Following that, the Acting Minister of Finance stated that the aim is so that everyone is recruited atMoFthrough a transparent competition process; meanwhile, a special percentage should be considered for women so that the issue of gender is taken into account.

The Head of Independent Administrative Reform and Civil Service Commission (IARCSC) promised full cooperation and ensured that a special committee will be formed to ensure the transparency in the process of examinations for the first and second grades.The DM of Ministry of Finance and the Commissioners of IARCSC will be members of this committee. The examination for lower grades will be taken through comprehensive electronic system. “No personal recommendations or external pressure will be accepted in the process; so whoever getshigher score will be recruited,” he added.

It was decided that a senior technical committee should be formed between the Ministry of Finance and the Independent Administrative Reform and Civil Services Commission to work onhow to take the exams, exam questions, and exam system from today. 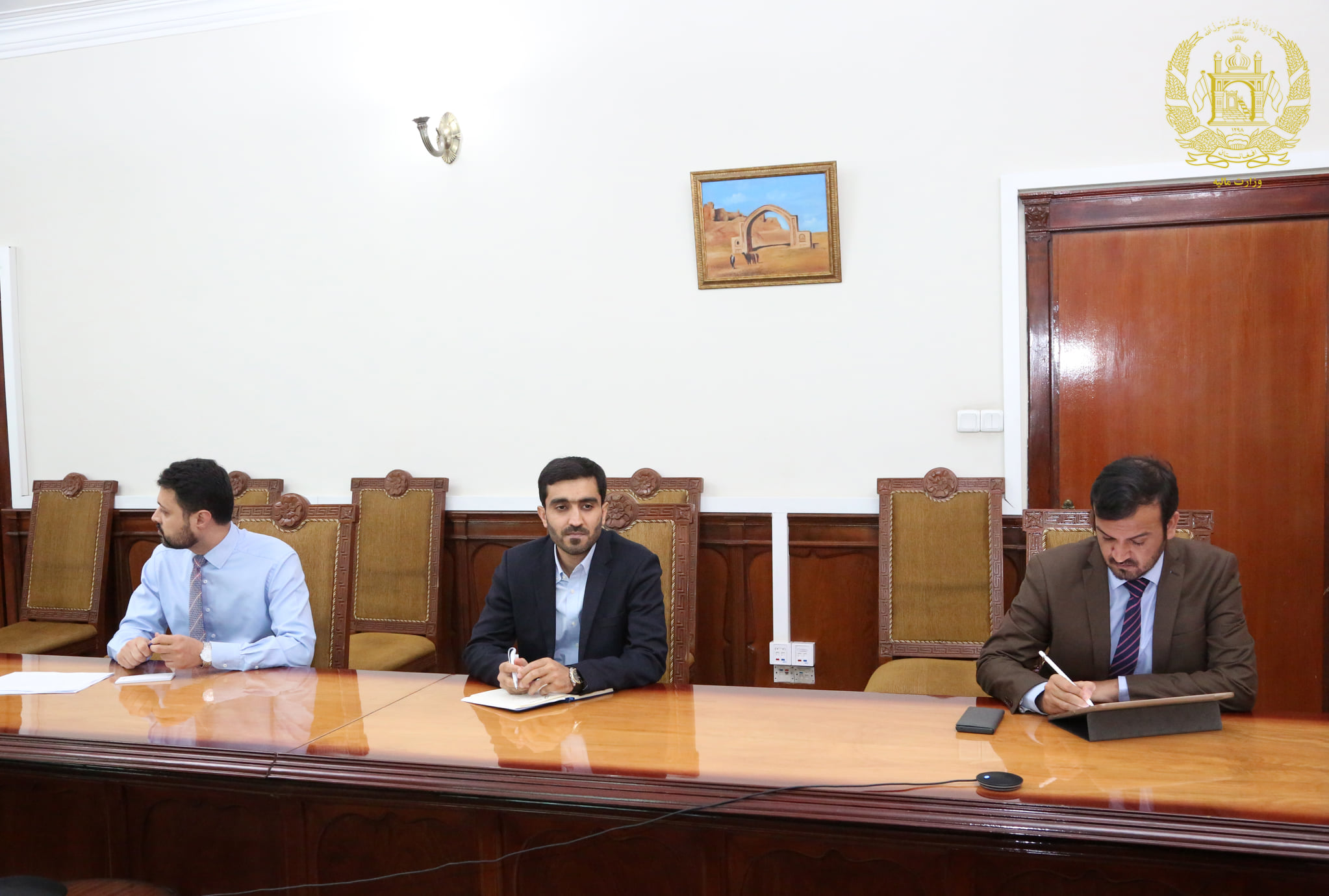 It is worth mentioning that after completingthe examination process for vacant positions in Kabul, same process will be implemented for Hokmi and acting positions, as well as for the provinces, andwill be fully completed by the end of the year.

National Revenue Collection and Budget Spending at the Government Level

Reports show that from August 3 to 16 of the current fiscal year, 5 billion and 133 million Afghanis has been collected from the country's revenue sources.Of this amount, 273 million. . .

On August 10, 2020, Mr. Abdul Habib Zadran, Deputy Minister of Finance at MoF, informed of launching an application to trackfinance documents.

The aim of this application is to manage. . .

On August 5, 2020, Mr. Mohammad EsmailRahimi, Deputy Minister of Administration at the Ministry of Finance, visited General Directorate of State-Owned Enterprises and Companies to. . .