H.E. Prof. Mohammad Humayon Qayoumi, Acting Minister of Finance and Chief Advisor on Infrastructure to H.E. the President, according to public expenditure and finance law, clarified the MPs on FY-1397 Qatia and Revenue in a meeting today Dec 16, 2019.

“The Ministry of Finance, with the help of budgetary units, has successfully executed the FY-1397 national budget. In the FY-1397, a total of 259 billion Afghani ordinary budget and 126 billion development budget has been spent," said Acting Minister of Finance while answering the question raised by MPs.

“In accordance with provision of article 1 (11) of the public finance law, the FY-1397 ordinary and development budget’s Qatia prepared by Ministry of Finance and according to the article 55 of public finance and expenditure presented to commission in charge in the Supreme Audit Office which it called it appropriate in its comments,” he added. 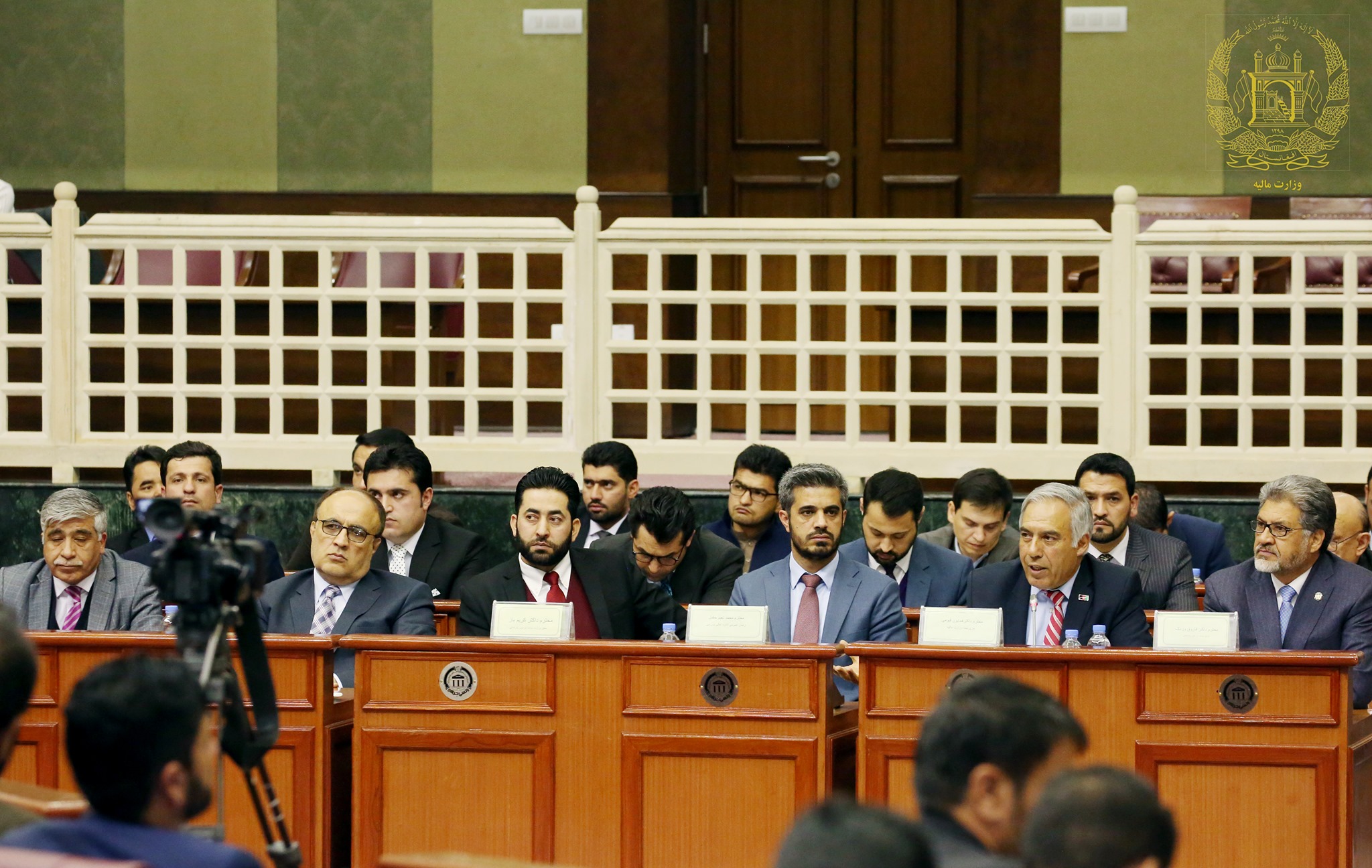 Minister Qayoumi said that all financial accounts report has been made from code 91 and the amendments made in the codes are in accordance with budget principles that these include security expenditures, financing the inauguration of TAPI projects and Turghondi railway, payment and expenditure of Dispute Resolution Commission with people, dispute resolution commission of Kochies, payment and expenditure of Religious Scholar High Council and other important subjects.

At the end, Acting Minister of Finance requested the MPs to approve the FY-1397 Qatia.

The awareness program on access to information law was heldat the Ministry of Finance.Mr. Abdul Habib Zadran, Deputy Minister of Finance, Mr. AinuddinBahadori, Chief of Access to. . .

Ministry of Finance Shared Major Activities, Reformsand Anti-Corruption Efforts in Accordance with the Government Accountability Principle to the Nation

On February 20, 2020 Ministry of Finance shared major activities, reforms and anti-corruption efforts in accordance with the Government Accountability Principle to the Nation, and. . .

Read more about Ministry of Finance Shared Major Activities, Reformsand Anti-Corruption Efforts in Accordance with the Government Accountability Principle to the Nation