Acting Minister of Finance met with H.E Henry Kerali, country director of World Bank for Afghanistan on May 11, 2020.

In the meeting, both parties’ technical teams were also present; the parties discussed the 400 Million USD grant to the Afghanistan government in the fight against coronavirus, in detail; as well as the government’s policies in this fight.

“We are working with CSTC-A to cover the debt security authorities owe to DABS, and we will cover some of it via our National Budget; so we can pull out DABS out of this financial crisis”, said H.E Abdul Habib Zadran, DM Finance of MoF. 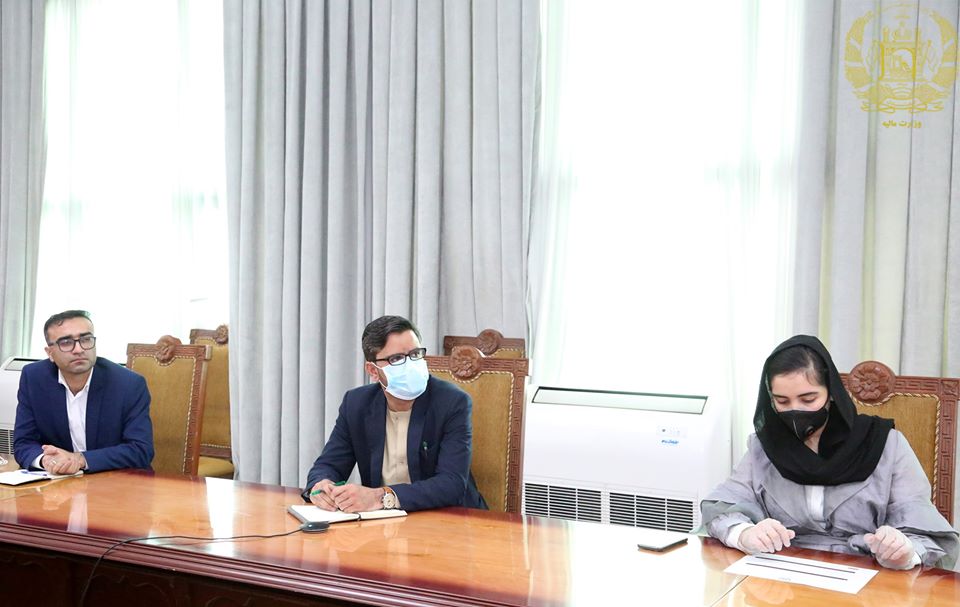 The World Bank Country Director for Afghanistan emphasized that ‘we are committed to work according to Afghanistan government’s priorities, and we will try to make our commitments feasible’.

Acting Minister of Finance expressed gratitude and mentioned that the World Bank has always been one of our best donors and has always coordinated its programs with the government of Afghanistan. ‘Afghanistan is committed to follow all the requirements of the WB, and we will work with line ministries to implement the conditions and in due time’ he added.

Acting Minister of Finance further explained that the reforms have been based on necessities of the government. Meanwhile, he added that ‘we will work with the line ministries and decide on the suggestions of the WB’.

On May 28, 2020 an international video conference was hosted by Turkmenistan to assess and discuss funding for Sustainable Development Goals of United Nations.

To support the retirees during the Covid 19 pandemic, the Ministry of Finance will pay retirees’ pensions for the current fiscal year without the new biometric process on the basis of. . .

From now on, you can then go to the following tax districts to obtain a Taxpayer Identification Number (TIN):