The Advisory Meeting Has Conducted Between Government and Ghor People

On 13th September-2020 the officials of the Ministry of Finance has conducted an advisory meeting with Ghor representatives to include the needs and priorities of people in the budget plan of 1400- the fiscal year.

In this meeting which was led by Mr. Abdul Habib Zadran- Deputy minister of finance and attended by other officials as follow; Mr. HabibullahRadmanish deputy of Ghor province, Mr. FazlHaqEhsan, Head of Provincial Council, the members' of Ulema Council, Head of Women’s affairs, Civil society, and several Ghor residents.

The government has considered an amount of 100.17 million Afs for Ghor province to do the small and public utility projects for next year budget plan, and DM- Zadran said; hope the honorable people of Ghor province share their needs and priorities based on the mentioned amount, taking into account the ceiling set so that we can include these needs into the budget plan for next fiscal year.

“The leadership of Ministry of Finance’ we have a plan has meetings with the people of 15 more provinces so that we can listen to the needs of people and include it into the budget plan for 1400. In past years, the budget was prepared and implemented by the center, but now the Ministry of Finance changed the method and making it based on the local needs of the provinces.

“We set the ceiling based on population and poverty rate in each province and the consultation meetings with people aim to involve them in the budgeting process and strengthen local governance,” Mr. Zadran further stated.

“We appreciate the initiative of the Ministry of Finance to involve the people in the budgeting process. It is a good initiative and a good start through which the people share their main needs and priorities with the government and the government consider it about financial resources and ceiling set,” said Mr. HabibullahRadmanesh, Deputy Governor of Ghor Province.

“The most important needs of Ghor province are constructing the highways and roads to be connected to big cities and its districts, and power/electricity is the main need of this province which should be in the plan and needs official's attention.

“Ghor is one of the less developed provinces of the country, but unfortunately not much attention has been paid to that,” said FazlHaqEhsan, Head of Provincial Council while expressing his gratitude to the leadership of the Ministry of Finance. He called this meeting as a good deed and stated that this will increase the people's optimism toward the government.

Besides, the technical team of the Ministry of Finance has delivered an informative presentation to the participants, meanwhile, the DM for finance and the technical team noted to the suggestions, comments, and needs of Ghor people and answered their questions. 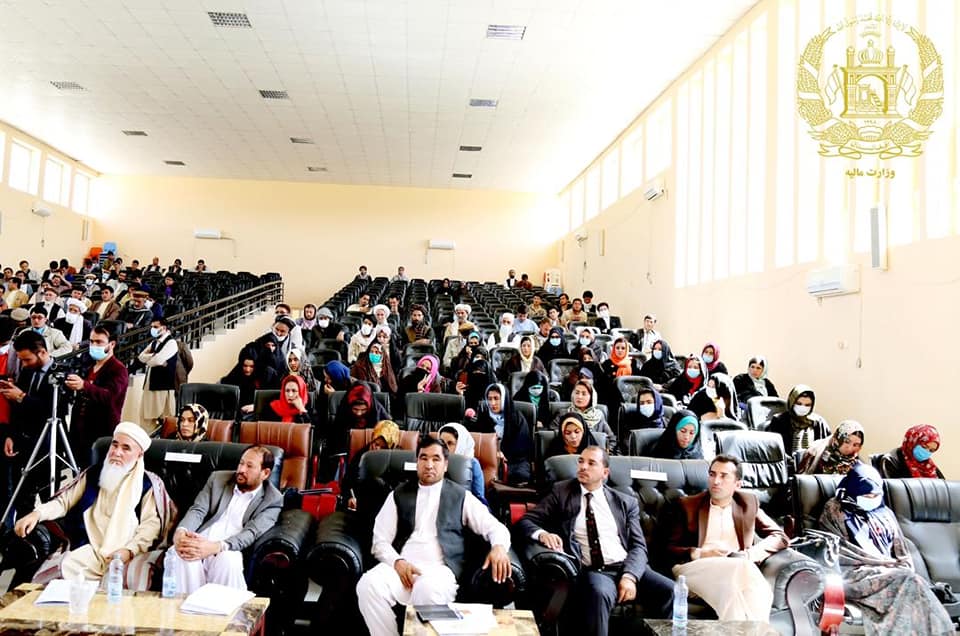 It is worth mentioning that, the DM for finance, during his trip to this province visited the Mostofiat section of the province and noted their problems, In the end, he has given the required instruction and promised he will support them to solve or decrease the current problems.

Advisory Meeting for Implementation of Value Added Tax Has Been Conducted

On Feb 25, 2021, Mr. Mohammad Khalid Painda, the Acting Minister of Finance had an advisory meeting