Ministry of Finance in a ceremony today celebrated tax week to raise the taxpayers’ awareness and promote taxpaying culture in the country. The ceremony held in inter-Continental Hotel-Kabul.

Mr. Abdullah Raqibi, Deputy Minister of Finance for Customs and Revenue, Ms. Amina Ahmadi, Director General of Revenue Department and other government officials, representatives of private sectors and unions and taxpayers participated in the event. 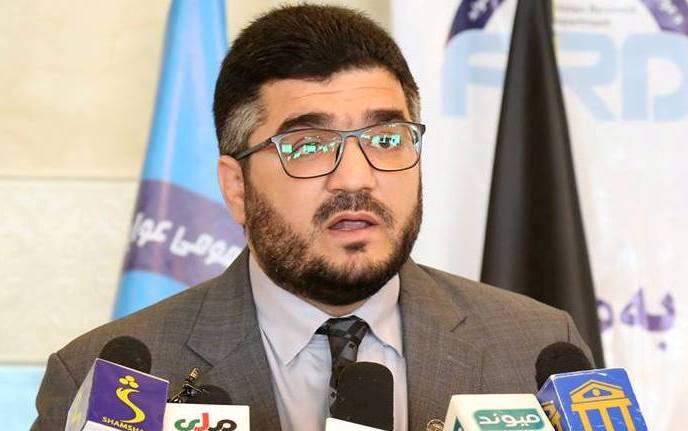 Mr. Abdullah Raqibi, Deputy Minister of Finance for Customs and Revenue, Ms. Amina Ahmadi, Director General of Revenue Department and other government officials, representatives of private sectors and unions and taxpayers participated in the event.

"The weekly tax campaign we are seeing today is launched to raise the public awareness, reform of tax-related affairs, integrate national revenue and promote taxpaying culture. We hope the tax campaign help the Ministry of Finance with achieving its goals and revenue planning for FY-1398, delivery of timely and professional services for taxpayers, accurate and timely collection of national revenue and other relevant issues,” said Mr. Abdullah Raqibi, Deputy Minister of Finance for Customs and Revenue in the opening remarks while expressing his gratitude the participants.

“We ask all Afghans to pay their taxes on time, in accordance with the laws of the country and play their active role reaching financial self-reliance of the country. In return, our job is to collect their taxes and transfer to the government treasury and spend them in accountable form considering transparency and notional priorities,” he added.

“A taxpayer should be aware of how taxes are paid and where the tax is consumed,” said Mr. Mujeeb Ur Rahman Sherzad, Deputy Director of Supreme Audit Office.

The tax week opened with a bike racing among 100 athlets from Customs and Revenue Department to Inter-Continental Hotel.  The top-level athletes were awarded prizes by Ministry of Finance’s leadership

Likewise, during the tax week, it is planned to carry out various promotional programs through social networks, radio, national and private TVSs, and other mass media throughout the country in order to raise public awareness and promote tax culture. 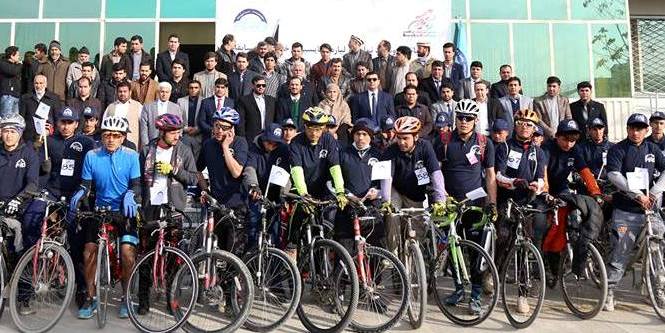 It is worth mentioning that, the aim of celebrating and opening tax week is to raise the taxpayers’ awareness and deliver them timely and professional services, develop tax culture, raise the level of obedience, reform and change the revenue procedure to prevent the tax-crimes in one hand and collect the revenue in an accurate form on the other hand.

On May 22, 2020, the Asian Development Bank approved 40 Million USD grant to Afghanistan in the fight against coronavirus.

This grant will be used to build 15 new hospitals and health. . .

H.E Abdul Hadi Arghandiwal, Acting Minister of Ministry of Finance, met with H.E Dr. Fazl Mahmood Fazly, General Director of the Administrative Office of the President on May 13, 2020.

. . .
Read more about MoF Acting Minister Met General Director of the Administrative Office of the President

Acting Minister of Finance met with H.E Henry Kerali, country director of World Bank for Afghanistan on May 11, 2020.

In the meeting, both parties’ technical teams were also present;. . .