The meeting was co-chaired by Acting Minister of Finance and Chief Adviser on Infrastructure to the President of Afghanistan Mr. Mohammad HumayonQayoumi and ADB Director General for Central and West Asia Mr. Werner Liepach. Ambassadors and representatives of 24 donor countries and organizations attended the meeting and discussed infrastructure to help foster the country’s economic growth and improve the livelihoods of the Afghan people.

AITF was established in 2010 to address the government’s need for a dedicated financing mechanism to support infrastructure development. It is a multi-donor fund for bilateral, multilateral, and individual contributors to invest in large infrastructure projects. Development partners have committed a total of $744 million to AITF to date, almost $600 million of which has been allocated.

“ADB is strongly committed to AITF and has invested significant staff and financial resources to enhance its role in the development of large infrastructure projects in Afghanistan” said Mr. Liepach. “AITF’s investments in the transport, energy, and agriculture and natural resources sectors, as well as regional cooperation initiatives, have generated important outcomes for the country, with positive impacts on economic growth, job creation, access to services, and poverty reduction.”

During the Meeting, ADB Country Director for Afghanistan Mr. Narendra Singru presented the overall achievements of AITF, current challenges, and the significant improvements that the Government of Afghanistan and ADB have implemented in the recent years. The Steering Committee provided guidance and feedback on the overall progress and strategic directions of the AITF. The participants also provided guidance on plans to enhance AITF to better support investments in large projects that are financially viable, such as toll roads, power transmission and distribution.

AITF investments are closely aligned with Afghanistan’s development priorities, including the National Peace and Development Framework, the National Infrastructure Plan, the Self-Reliance Agenda, and other national programs. The use of AITF resources ensures development effectiveness and provides a focus on projects that Afghanistan needs the most. Current AITF partners are the Afghan National Army Trust Fund, the Department for International Development of the United Kingdom, KfW Development Bank of Germany, Government of Japan, and the United States Agency for International Development. 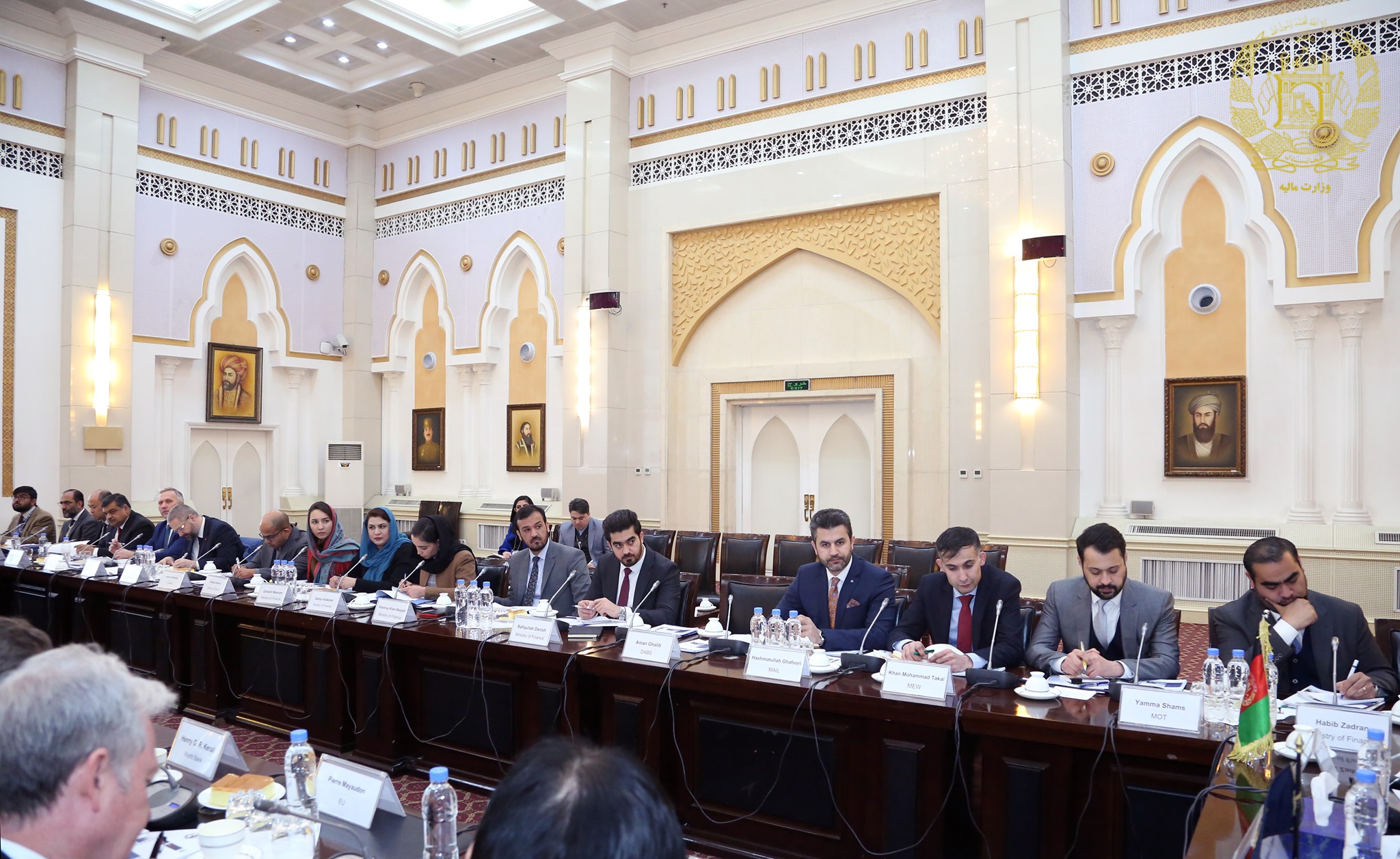 At the end of the meeting, ADB signed a $12 million grant agreement for a project readiness financing to finance preparatory activities for the Road Rehabilitation and Maintenance Program. The grant will help the government in preparing feasibility studies, detailed engineering design and associated documents, and provide procurement and capacity building support. The project will help improve regional accessibility and enhance the road network, promoting government's vision of achieving sustainable development, peace and stability. 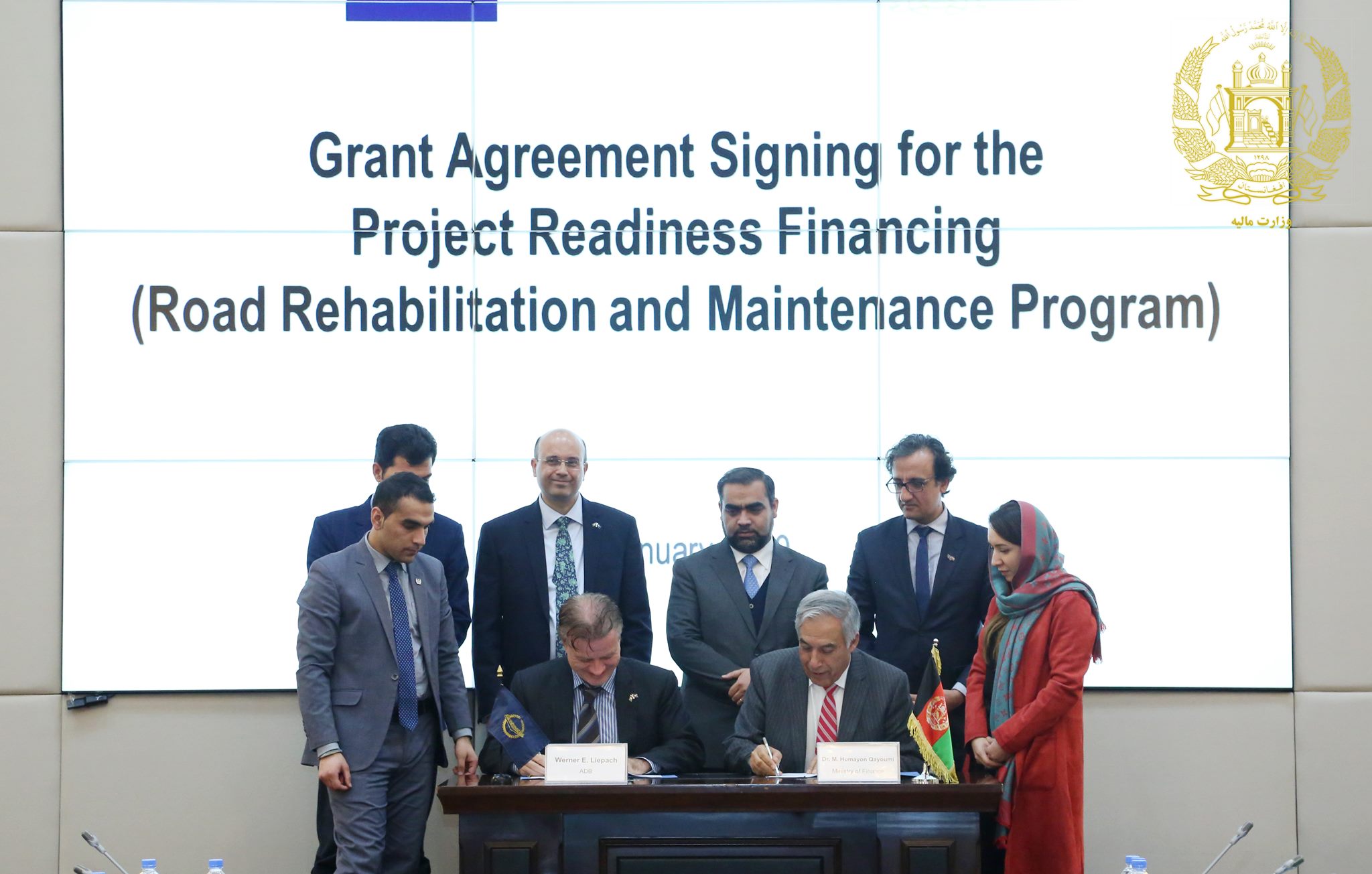 ADB is committed to achieving a prosperous, inclusive, resilient, and sustainable Asia and the Pacific, while sustaining its efforts to eradicate extreme poverty. Established in 1966, it is owned by 68 members—49 from the region.

The awareness program on access to information law was heldat the Ministry of Finance.Mr. Abdul Habib Zadran, Deputy Minister of Finance, Mr. AinuddinBahadori, Chief of Access to. . .

Ministry of Finance Shared Major Activities, Reformsand Anti-Corruption Efforts in Accordance with the Government Accountability Principle to the Nation

On February 20, 2020 Ministry of Finance shared major activities, reforms and anti-corruption efforts in accordance with the Government Accountability Principle to the Nation, and. . .

Read more about Ministry of Finance Shared Major Activities, Reformsand Anti-Corruption Efforts in Accordance with the Government Accountability Principle to the Nation