On Oct 24, 2021, Al-haj Mullah Hedayatullah Badri, the Acting Minister of Finance met with the delegation of the United Nations Assistance Mission in Afghanistan Headed by Ms. Deborah Lyons, the Secretary-General's Special Representative for Afghanistan.

The meeting was also attended by his Special Representative of the Secretary-General’s special representative, Head of UNDP.

In the meeting various issues including timely delivery of humanitarian aid, facilitating the transfer of fund to Afghanistan and how to continue international aid to Afghanistan were discussed and appropriate decisions were made.

The Acting Minister of Finance while expressing his gratitude to the United Nations for its presence and cooperation to Afghanistan addressed the delegation and said: "You can convince the international community to release the frozen fund of Afghanistan; because it belongs to the people. And how much better it would be to help Afghanistan instead of expelling Afghans to improve the economic situation of the people and prevent them from migrating to other countries." 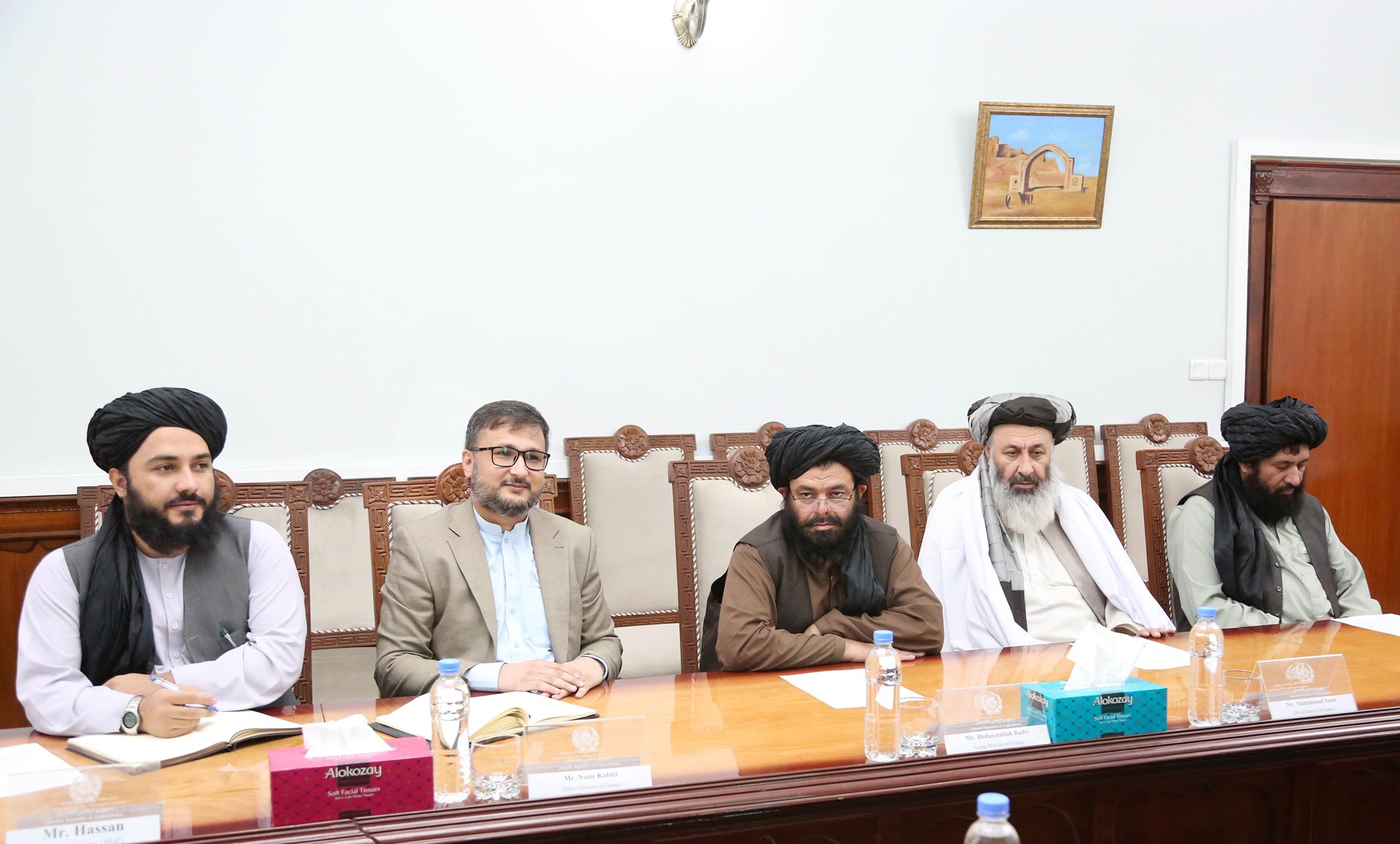 Subsequently, the Special Representative of the Secretary-General for Afghanistan stated that a difficult winter was ahead and that we would do our utmost to solve the people's problems. In terms of providing assistance, he said that food security, health and economic assistance to the people's councils are among the priorities of our assistance. He added that although the volume of trade has decreased during this period, but still national revenues have increased, which indicates the proper management and leadership of the assigned tasks.