Joint Deceleration of Afghanistan and 5 Central Asian Countries Focusing on Development of Economic and Trade Relation, Infrastructure Peace and Stability

The Aim of issuing the Multilateral Joint Declaration is boosting cooperation on peace, stability and economic dependency between Afghanistan and the 5 Central Asian countries which will be continued through investments, strengthening joint economic and trade ties as well as infrastructures.

"We- Representatives of 5 Central Asian Countries (Uzbekistan, Kazakhstan, Kyrgyzstan, Tajikistan and Turkmenistan) and Islamic Republic of Afghanistan certify that there is a mutual benefit in peace and stability and regional economic ties.  The prosperity of each nation depends on the prosperity of the region, which will be achieved through the extension of trade and investment in infrastructure,” emphasized the head of Central Asian Countries in a part of the declaration.

"We understand Afghanistan's severe suffering during the four decades of war and considering the current situation for peace in Afghanistan and the region is important. Therefore, we support the Kabul process and recognize the framework created for peace for 29 April to 02 May 2019 for realization of peace process,” they added.

They further emphasized ‘ that fragmented efforts towards peace can undermine the integrity of the peace process and therefore, pledge our continued support for a united, Afghan-led peace process, with the support of the Afghan Government’s international partners. We therefore believe a consolidated Central Asian position in support of the coherent peace process underway is critical. 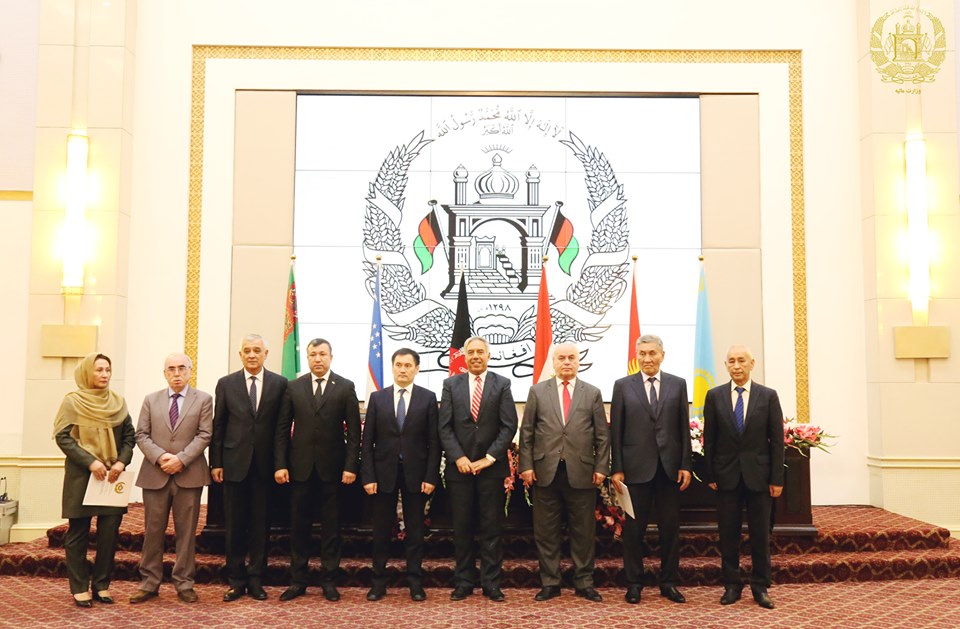 It is worth mentioning that, the meeting of Central Asian Countries with Afghanistan focused on strengthening multilateral relations and the success of the previous years, including the transformation of energy and gas project to South Asia and establishment of fundamental partnership and investment in the area of energy, agriculture and emphasis on infrastructure through multilateral mechanism.

H.E. Prof. Mohammad Humayon Qayoumi, Acting Minister of Finance and Chief Advisor on Infrastructure to H.E. the President, according to public expenditure and finance law, clarified the. . .